Before 1935 the icy interior of the Yukon and southeast Alaska was unmapped, until The National Geographic Society sponsored the Yukon Expedition, largely conducted by plane lead by Bradford Washburn. This photograph shows the age old glacial dust which has formed a layer of deposited soil where the Slim's River once flowed. The deposited dust layers are known as loess. The Slim’s River Valley, Traditionally was known as Ä’äy Chù,is where this photograph was made in 2016. That is where the Thechàl Dhâl Visitor Centre is located. It is an hour’s drive north of Haines Junction on the Alaska Highway. To the west is the highest peak in Canada, Mount Logan and its range of smaller mountains. It is the largest Ice Field in Canada, but it is retreating noticeably in places. When the Kaskawulsh Glacier on Mount Hubbard retreated, the Slims river and the southern end of Kluane Lake became a flat of dusty loess. Since the 1950’s, the Slims River flowed North into Kluane Lake, which feeds the Kluane River and flows into the White River, a tributary of the Yukon River, which ultimately flows to the Bering Sea. But the summer in which these photographs were taken, the Slims River ceased to flow. The Glacial water that once fed the river reached a tipping point whereby it now flows down a south east facing slope to the Kaskawulsh River. Abutting the Kluane National Park and Preserve of Canada is the Tetlin National Park in Alaska, just over the border. 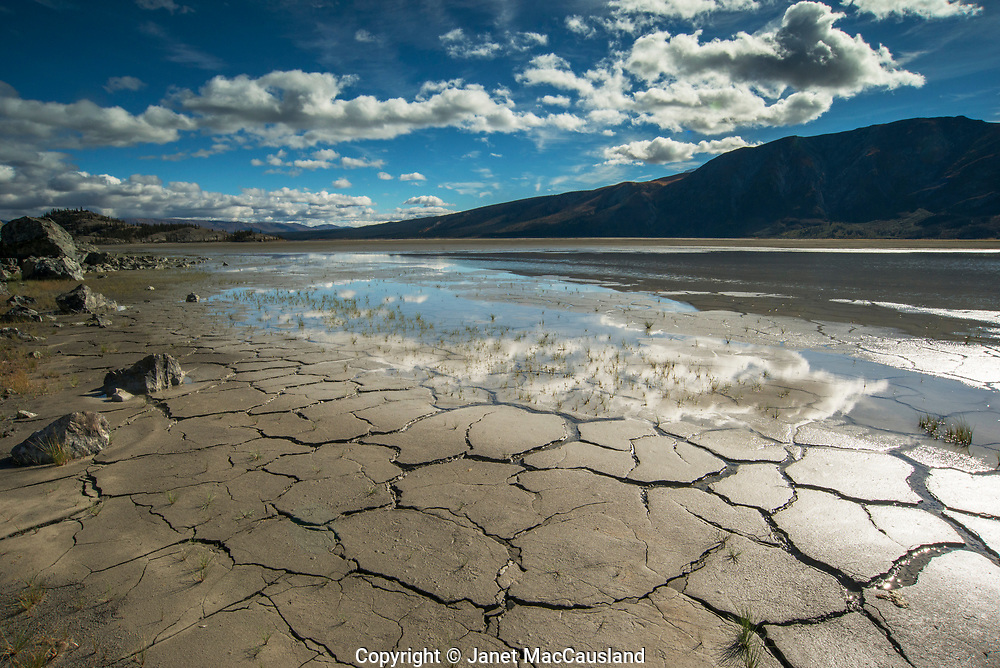