Winter Skate (Leucoraja ocellate) is also called a Thorny Skate or the Eyed skate, and you can see the thorn-like spikes along the edge of this skates top side. This species has a wider body than it is long. Their anatomy, with a mouth positioned off center of the belly, is perfect for eating marine worms, and clams in the sand, but they also eat crustations and other animals. See my image of a "skate face" in this gallery. They tend to be active at night, perhaps nocturnal. Also called "big skate", they grow to over 40 inches and 15 pounds. They are harmless to humans , but their thorny skin discourages handling. The species name ocellata is from the Latin “ocellatus” meaning marked with spots. They range from Canada,
New England, Mid-Atlantic, and the Southeastern USA. A Winter skate is the only skate in New England waters intentionally harvested for human consumption, but are usually bycatch. Winter skates are listed as endangered on the IUCN Red List.
These skates lay singular, leathery eggs of whose casings wash up on beaches on occasion, and are called poetically "Mermaids Purses". Other skates and sharks have similar egg cases, which they attach to seaweed or another hold fast. The egg gestates for 18 months. The lifespan is estimated at about 19 years. They are slow maturing, and are vulnerable. They take about 12 years to reproduce and produce a few young at a time, like their relatives the sharks, therefore their population grows slowly. They were designated Threatened in May 2005; the assessment was based on a new status report. In Canada they were listed on the ESS as threatened by the Committee on the Status of Endangered Wildlife in Canada (COSEWIC).

Winter skate are difficult to distinguish from little skate (Leucoraja erinacea) when small. 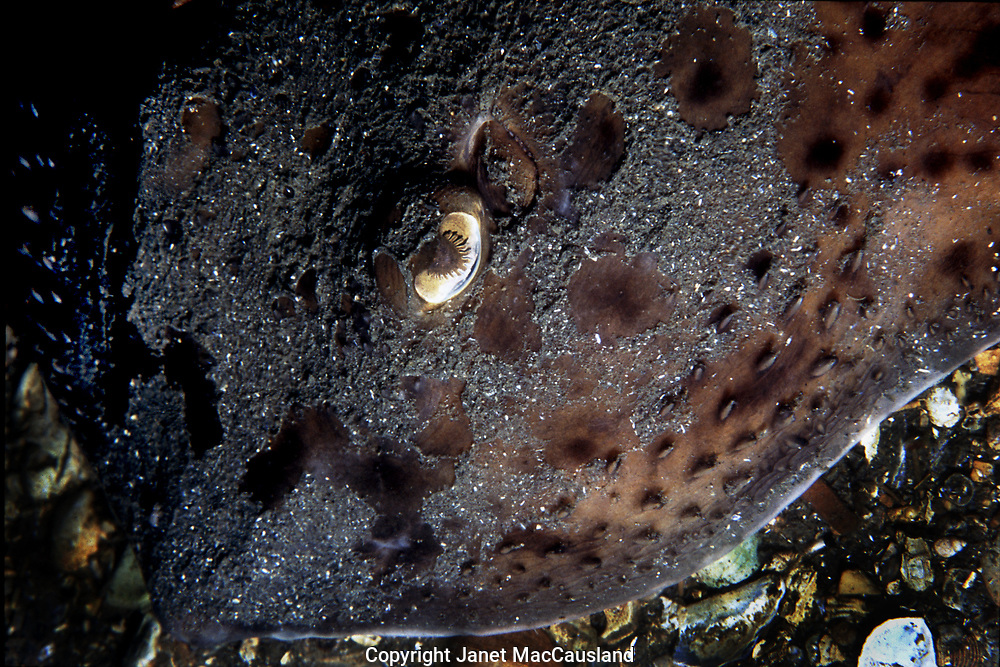