An Atlantic Salmon (Salmo salar) Parr in captivity. Atlantic Salmon are a protected species, due to extremely diminished numbers of wild individuals. The Gulf of Maine population is endangered. Habitat loss, dams, and overfishing are the primary problems they face, but climate change may also become an increasing issue. The life cycle of Atlantic Salmon, as with other anadromous fish, is tied with water temperature.
NOAA states "According to the 2019 stock assessment Atlantic salmon are overfished and returns remain at historically low levels." I did travel to Northern Newfoundland where I snorkeled with a few remaining wild Atlantic salmon, some par and larger ones, but they were spooked, and the water was dark. They were migrating upstream to spawn. They are anadromous returning from the ocean to their native river to breed. The timing depends largely on the river. Newfoundland has been working to restore their native population of Atlantic Salmon, and are having some success. They still allow a limited amount to be fished. But they are protected in the USA because our numbers are so low.
They are the largest of the Salmon family, typically about 30 inches long and 8 to 12 pounds, but people have reportedly caught them weighing 100 pounds. Old photographs support this. 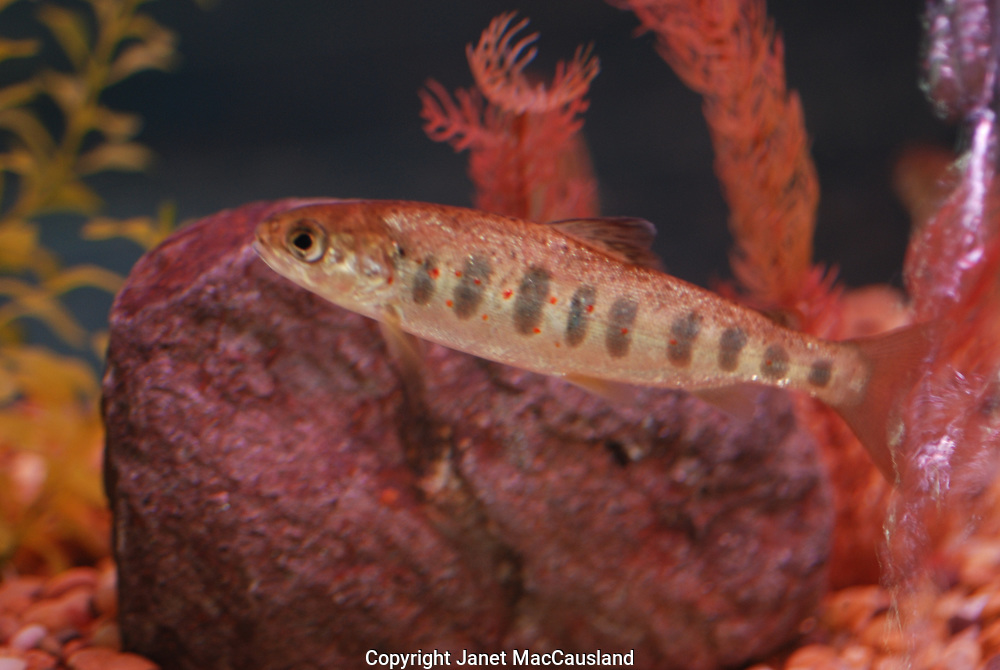