Spiny Dogfish (Squalus acanthias) are small to medium sized sharks reaching a maximum of 39 inches in males and 49 inches in females.. They are Cartilaginous Fishes Elasmobranchii is a subclass of Chondrichthyes, or cartilaginous fish. The class of Chondrichthyes are fishes with skeletons made of cartilage rather than bone. They are divided into two subclasses: Elasmobranchii (sharks, rays, skates, and sawfish) and Holocephali & Chimaera.

The Spiny Dogfish have white spots down the length of their bodies. I have observed them in schools, resting on the sea floor. They have been observed hunting in packs, like dogs. They have venomous spines in the front of each dorsal fin. Hence their common name: Spiny Dogfish.

NOAH: "Dogfish primarily eat other fish, but also jellyfish, squid and bivalves in some locations. Cod as dogfish prey is rare. Only 14 cod have been visually observed in the stomachs of 72,241 dogfish collected by the science center’s bottom trawl surveys from 1977 to 2017."

Spiny Dogfish are highly migratory, and found world wide. Dogfish are fished off the coast of New England but mostly exported to Europe, where they are used as the fish in "fish and chips". There is also the shark fin market.
These sharks have the longest pregnancy of any vertebrate at 22 to 24 months. They have been on the Hopefully Dogfish populations are recovering from overfishing. It troubles me that they are harvested during their calving season. 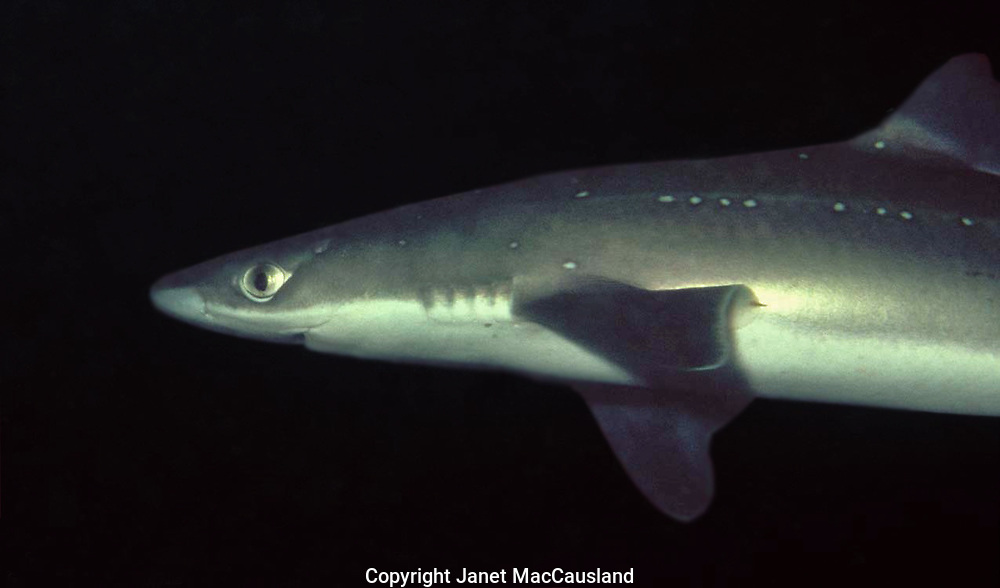